In the Instagram picture, Lavanya is seen in gymwear and posing in front of a plant.

“A very vegetarian, go green kinda post! But I like how colours have the power to change one's mood! #coloursofnature,” she wrote alongside the image.

Last week, Lavanya travelled back to her hometown Dehradun to meet her parents.

The actress shared a video on Instagram stories where she can be seen at the airport, dressed in PPE suit and wearing protective eye gear and mask.

The actress will next be seen in the Telugu film, “A1 Express”, co-starring Sundeep Kishan. The film, which is reportedly a remake of the 2019 Tamil film “Natpe Thunai”, is directed by Dennis Jeevan Kanukolanu. 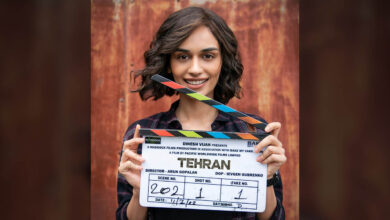