Bollywood heartthrob actor Kartik Aaryan will be seen in the third installment of the ‘Aashiqui' franchise directed by Anurag Basu.

Aashiqui (1990) backed by T-Series and Vishesh Films was helmed by Mahesh Bhatt. Rahul Roy and Anu Aggarwal played the lead roles. The franchise was revived in 2013 with Aashiqui 2, directed by Mohit Suri and starring Shraddha Kapoor and Aditya Roy Kapur. It was also a box office success.

On Monday, Kartik took to his social media handle to make the official announcement with his fans. Sharing the picture with Anurag, Pritam, Bhushan, and Mukesh Bhatt, he captioned it, “Team ‘A' (red heart and multiple musical notes emojis). #AnuragBasu #Pritam #BhushanKumar #MukeshBhatt.”

Moreover, he also shares a song from the first part of Aashiqui, and captioned the post, “Ab Tere Bin Ji Lenge Hum Zeher Zindagi Ka Pi Lenge Hum #Aashiqui3 This one is going to be heart wrenching !! My First with Basu Da (sic).”

Apart from this, on the work front, Kartik also has Sajid Nadiadwala's ‘Satyaprem Ki Katha', alongside Kiara Advani, which is slated to release on June 29, 2023. He will also be seen in ‘Freddy' opposite Alaya F. Produced by Ekta Kapoor, the film is touted to be a romantic thriller. He also has Hansal Mehta's ‘Captain India' in the pipeline.

‘Mastram’ season 2: Intimate scenes to be shot as per social distancing norms 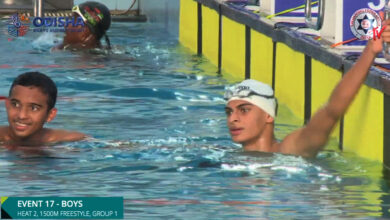 Rapper KIDSHOT gifts fans a new song on his birthday