Markets are being reopened, save for the most affected areas. Mainly, for the things one needs for survival, for day to day life. Eventually, economy does matter.

The good news is that, shooting for films, television and OTT content have been permitted to resume with conditions. The authorities make laws but are not always equipped to enforce or implement them.

Shooting will resume and limitations have been placed on the number of workers and technicians who can be present during a shoot. These limitations may be a serious hindrance to mainstream big-budget films mainly and also other films to an extent.

However, this should not be a problem for the shoot of TV serials and OTT content. Though, in the case of shows with multiple artistes, it may show on the final outcome.

Televisions telecast mostly repeat programmes all through the day except primetime. But now, for almost three months they had to keep doing it even during primetime. Initially, this drew both, film as well as television viewership to OTT platforms. But, all said, the major OTT viewership consists of Indian content and, soon after the lockdown, even that was exhausted.

Now, television and OTT, both starved of fresh content, has its audience ready and, conditional though it may be, the resumption of shootings will be welcomed.

While the trade and manufacturing are opening up, there is yet nothing definite yet about the opening up of cinema halls. That is because, the unlocking is partial so far. And, in India, even when the cinemas are allowed to open for business, the content won't be readily available. For one, there is not much available readily and, even films that are ready, the makers won't want to take a chance of releasing the film immediately being unsure about viewers turning up. Also, if there are restrictions on number of viewers allowed in a cinema hall, it will not be viable for either the filmmaker or the property.

In Dubai, where the lockdown was lifted a while back to coincide with the Eid festival, multiplex properties were also allowed to open, but with various conditions for both the viewer as well as the cinema and its food court.

While, in many European countries, cinemas were been opened in May, some will reopen this month. In the US, respective states will decide on the date though most of the screens are expected to reopen by July this year.

Meanwhile, in India speculations and debates are on about cinema screens vs OTT platforms. It all started with the COVID-19 lockdown that came the same day as the release of “Angrezi Medium” on 13th March. The makers had a valid reason to go for the OTT platform and continue the film's exhibition while it was still fresh in the minds of the people.

What followed was that many medium-range films decided to take the same route. That seemed to worry a particular multiplex management chain, which issued a threat of retaliation to those who opted for OTT instead of waiting for multiplexes to reopen!

That was not a very businessman like-stand and, probably, counted on the support of the Multiplex Association of India to go along with its threat to filmmakers. INOX manages about 625 properties and, big-budget films release in 3500 to 4000 screens, other films much less. Would discounting 625 screens of a particular chain be a problem for a filmmaker? (Now, Dubai multiplexes have gone ahead and reopened their properties with films which are already on OTT, namely “Angrezi Medium” and “Good Newwz”!!)

And, to consider OTT as competition to the big screen is being insecure for no reason at all.

When the television came to India, filmmakers and the exhibitors thought it was taking away its audience, especially so over the weekend when it telecast mainstream films. The irony was that, the very filmmaker who felt threatened by the television, provided the film for telecast. But, the other way of looking at it was, it also lent value to old films, which earned anything between three to five lakh rupees per telecast while their re-issue rights would have fetched just about a lakh of rupees.

Eventually, films and cinemas both survived and so did the television. The video format followed and the film trade overcame that too. Now, all these mediums complement each other. The same will happen with OTT and film trade.

Coming back to OTT, this Friday was the biggest test for the format when it premiered a Hindi mainstream film, “Gulabo Sitabo”, with very well established stars, Amitabh Bachchan and Ayushmann Khurrana.

Amazon Prime would hope for “Gulabo Sitabo” to better the record of “Special Ops”.

Monetarily, the producers of “Gulabo Sitabo” are sitting pretty. They would have recovered not only their investment but also made a decent profit from the pre-sell. (There would also be a subsidy from the UP State where the film was shot.) Going the theatrical way, there was no such guarantee. They could have fed the screens and yet ended up in liabilities.

There is going to be a new outlet just about every day for your content and nobody can claim monopoly. When television came up and started showing films every Sunday evening, filmmakers felt threatened that their weekend business would be affected. When the video came as did piracy with it, filmmakers were deprived of their due revenue since much of the viewership was diverted to pirated content.

The film industry survived all that.

So why are the multiplex property owners so worried when a couple or three films opted for OTT? Cinema screen will remain the main attraction. So don't lose your confidence.

“Gulabo Sitabo” is a case study in OTT economics and viewership. The film would have got a decent release even on the multiplex circuit considering it stars Bachchan and youth favourite Khurrana, but the revenue model of the multiplex would not have been as beneficial to the makers as it is now.

The OTT platform Amazon Prime, which premiered “Gulabo Sitabo”, for its subscribers' viewing on Friday, June 12, has gone all out to make it an event. The film will be available to viewers in over 213 countries and with subtitles in 15 international languages! Considering the price that Amazon has paid for the rights, sooner they cover their investment the better. Especially, so since the film's reports from the first day viewers is not at all complimentary.

Wonder how the multiplex properties compare with that!!

There are some films the multiplex chains are less keen to screen. If they are booked, they get show timings that are least footfalls slots. And, for the viewer, not all such films are worth the admission rate charged by the cinemas. Two Hindi films that premiered on OTT, “Drive” and “Gulabo Sitabo”, since the lock down, don't show the staying power at a multiplex screen beyond the opening weekend.

So, they might as well let such films go the OTT way and not fret about it.

(Vinod Mirani is a veteran film writer and box office analyst. The views expressed are personal) 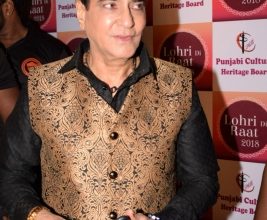