On August 26, 1988, Bollywood superstar Salman Khan made his first ever on-screen appearance in ‘Biwi Ho Toh Aisi'. While it was a brief role for Salman, he burst into the scene and into millions of hearts with ‘Maine Pyaar Kiya', a year later in 1989. 34 years, many memorable roles and blockbusters later, Salman Khan is considered to be one of the biggest superstars of Indian cinema of all time having delivered some of the biggest and most iconic blockbusters through the journey.

On Friday and the superstar acknowledged this gesture by putting out a special post on all his social media platforms.

He thanked all his fans and followers for their love and support with the announcement of his new film, Kisi Ka Bhai Kisi Ki Jaan in a personalised unique way.

While earlier the film was titled ‘Kabhi Eid Kabhi Diwali' and ‘Bhaijaan', now we finally have the final title of the film.

The film music will be composed by multiple composers, including DSP, Honey Singh and Ravi Basrur.

Namit Das: You can never lie to Mira Nair

Nikkhil Advani: Technicians to superstars, everyone will re-evaluate post COVID-19 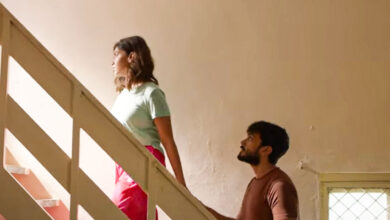