Bollywood actors Akshay Kumar, Nushrratt Bharuccha, and Jacqueline Fernandez have taken off for Ayodhya, for the ‘mahurat shot' of their film Ram Setu.

Akshay Kumar today took to Twitter to share a photo of himself and his two leading ladies, Jacqueline Fernandez and Nushratt Bharuccha, as they boarded a private jet to Ayodhya. In the photo, the actor is seen looking at Jacqueline while Nushratt can be seen behind him. All the three actors are sitting on the staircase of the plane.

Sharing the photo, Akshay wrote, “A special film, a special start…Team #RamSetu off to Ayodhya for the mahurat shot. And so the journey begins. Need special wishes from all you guys.”

Following its theatrical release, Ram Setu will be available to stream on Amazon Prime Video. 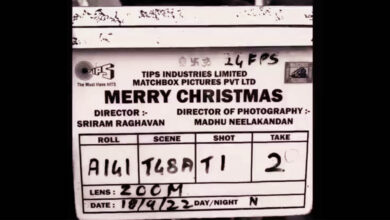 Sushant’s sister: As mantras were chanted, steps towards justice were taken