Former India opener Gautam Gambhir has turned a year older and is celebrating his 41st birthday today (October 14). On this special occassion, the Indian cricket fraternity and his fans took to social media to extend him birthday wishes.

“242 international matches, 10324 international runs. Here’s wishing the 2007 World T20 & 2011 World Cup winners, @GautamGambhir a very happy birthday,” The Board of Control for Cricket in India (BCCI) said in a tweet.

Wishing @GautamGambhir all the love and success on his Birthday today! A true friend and a gracious human being. Happy Birthday brother, have a great day and a fulfilling year ahead. pic.twitter.com/SOFCaFrPsc

“Wishing a very Happy Birthday to my dear brother @GautamGambhir – a champion in every sense! Lots of love GG. Hope to see you soon,” former India batter Yuvraj Singh tweeted.

Wishing a very Happy Birthday to my dear brother @GautamGambhir – a champion in every sense! Lots of love GG. Hope to see you soon ❤️🤗 pic.twitter.com/qdz0xpajuc

Gautam Gambhir announced his retirement from all types of professional cricket in December 2018. The cricketer-turned-politician was instrumental in team India’s World Cup victories in 2007 and 2011. Gambhir was seen as the mentor for Lucknow Super Giants (LSG) in the 2022 edition of the Indian Premier League (IPL).

Gambir scored 5238 runs in 147 One-Day Internationals. In Test cricket, he scored 4154 runs at an average of 41.95. He led Kolkata Knight Riders to win two IPL Seasons in 2012 and 2014 which was a remarkable achievement. Gautam Gambhir was also awarded the Padma Shri in 2019.

Dont know when he will come back and join us: Pep on Aguero injury 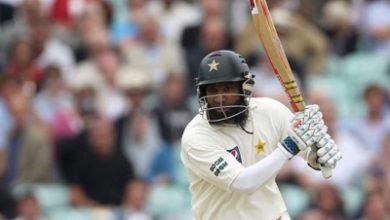