Ravi Teja will be seen next in a never seen avatar for his upcoming film titled ‘Tiger Nageswara Rao', directed by Vamsee. The shooting is progressing at a brisk pace. Now, they have roped Anupam Kher for a crucial role in the film. The actor was also a part of The Kashmir Files which was produced by Tiger Nageswara Rao producer, Abhishek Agarwal.

‘Tiger Nageswara Rao’ is based on the life of a notorious thief and is set against the backdrop of 70s Stuartpuram, an area near Guntur in Andhra Pradesh.

Nupur Sanon and Gayathri Bharadwaj are roped in to play the leading ladies opposite Ravi Teja in the movie. R Madhie ISC is the cinematographer and GV Prakash Kumar is the music director. Avinash Kolla is the production designer, while dialogues have been penned by Srikanth.

Backed by Abhishek Agarwal under the banner of Abhishek Agarwal Arts, this is touted to be the biggest movie in the Khiladi actor's career to date. Tej Narayan Agarwal is presenting the project. The release date and other updates on the film are yet to be announced by the team. The film will be made in Telugu, Tamil, Kannada, Malayalam, and Hindi languages.

Anmol Malik debuts as an author 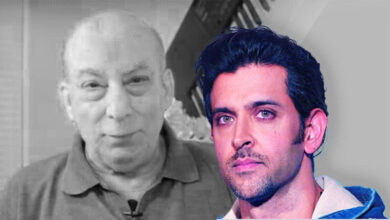