Bollywood Megastar Amitabh Bachchan has treated his fans with a BTS picture from the sets of his upcoming film ‘Uunchai' along with his co-stars. As per the report, the still shared by the actor shows him grooving on a song that seems to be from the forthcoming film. The film is directed by Sooraj Barjatya. The star cast of the film also includes Anupam Kher, Boman Irani, Danny Denzongpa, Parineeti Chopra, in pivotal roles.

While seeing grooving with his co-stars, the actor wrote, “and still trying to groove (sic).”

Meanwhile, on the work front, Big B will be next seen in ‘Brahmastra' with Ranbir Kapoor, Alia Bhatt, and Mouni Roy. On the other hand, he will also be seen next in ‘Runway 34' alongside Ajay Devgn and Rakul Preet Singh. 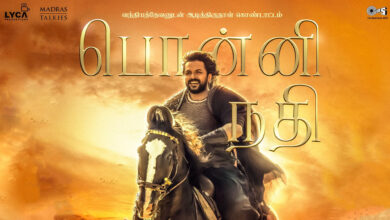 Kangana Ranaut’s ‘Dhaakad’ to release in cinemas on May 27

Manushi Chillar: ‘Wonder Woman’ isn’t just a character but a state of mind