Shortly before the former Vice President formally accepted the party's presidential nomination on Thursday night, the former officials issued a letter, saying they “are firmly convinced that it is in the best interest of our nation that Vice President Joe Biden be elected as the next President of the US, and we will vote for him”, Xinhua news agency reported.

The former officials said that “are profoundly concerned about our nation's security and standing in the world under the leadership of Donald Trump”.

“Through his actions and his rhetoric, Trump has demonstrated that he lacks the character and competence to lead this nation and has engaged in corrupt behavior that renders him unfit to serve as President,” they added.

The same group released a statement in 2016 foreshadowing that Trump “would be the most reckless president in American history”.

“When we wrote in 2016, we were warning against a vote for Donald Trump, but many of the signatories were not ready to embrace his opponent,” said John Bellinger, a former State Department and National Security Council legal adviser, who was among the authors of both letters.

Trump, for his part, has been campaigning in key battleground states throughout the week.

On Thursday, he stopped near Biden's birthplace of Scranton, Pennsylvania, for some counter-programming hours before Biden's acceptance speech. 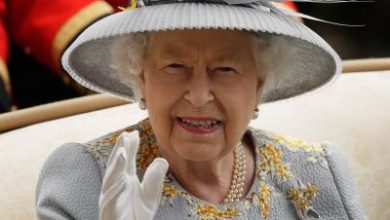 Over 1,300 aboard 2 cruise ships quarantined in Chile

US “disappointed” by Turkey’s decision on Hagia Sophia