Bollywood actors Hrithik Roshan and Saif Ali Khan's ‘Vikram Vedha' is one of the most anticipated films of the year. As per the report, ‘Vikram Vedha' is the Hindi remake of the 2017 Tamil film of the same name. The Tamil version featured R Madhavan as Vikram and Vijay Sethupathi as Vedha. In the Hindi version, Saif will be seen as Vikram whereas Hrithik Roshan will be playing the role of Vedha.

Over the past few weeks, some reports claim that Hrithik Roshan has refused to shoot in Uttar Pradesh due to the rising film budget. However, the makers have issued their clarification that the reports are ‘misleading' and ‘unsubstantiated'.

The film production house Reliance Entertainment mentioned in a statement that “Vikram Vedha” has been shot extensively in India, including Lucknow.

The statement read, “We have been noticing a lot of misleading and totally unsubstantiated reporting on Vikram Vedha shooting locations. We clearly want to state that Vikram Vedha has been shot extensively in India, including Lucknow. A portion of the film was shot in the United Arab Emirates in October-November of 2021 since it was the only location providing the infrastructure for a bio-bubble that accommodated crew of such scale, also allowing building of sets in a studio during the preceding months of the shoot. We chose to do that out of health and protocol concerns. Any attempts to twist these set of facts are clearly mischievous and untruthful. Also, we would like to emphatically state that at Reliance Entertainment while we welcome suggestions from creative talent, the production and budgetary decisions are a centralized prerogative (sic).”

The film is based on the Indian folktale Vikram Aur Betal, and is an edge-of-the-seat action crime thriller that tells the story of a tough police officer who sets out to track down and hunt a menacing gangster.

‘Vikram Vedha' is presented by Gulshan Kumar, T-Series Films, and Reliance Entertainment in association with Friday Filmworks and YNOT Studios. The film is produced by S. Sashikanth and Bhushan Kumar. Directed by Pushkar-Gayathri, the film is set to arrive in theatres on September 30.

COVID-19: Ayushmann pitches in for senior citizens in medical need

Tom Hanks, wife back in US after COVID-19 battle 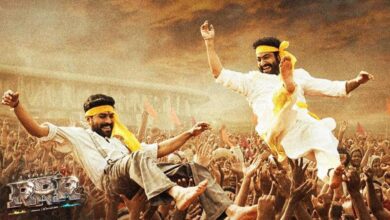