<br>Dujarric said on Monday that Guterres “believes that member states need to take very close look at incarcerations during a time of COVID-19. It is something that the High Commissioner for Human Rights (Michele Bachelet) has spoken out about”.

Dujarric made the statement in response to a question from a journalist about prisoners in Kashmir.

He did not directly address the issue of prisoners there, but said: “As for the situation in Kashmir, he very much believes that any political solution must take into consideration the issue of human rights.”

Last month, Bachelet appealed to governments to reduce the number of people in detention to prevent COVID-19 “rampaging” through closed facilities.

She suggested releasing prisoners who are vulnerable to COVID-19 like older detainees and those who are sick, in addition to low-risk offenders.

“Now, more than ever, governments should release every person detained without sufficient legal basis, including political prisoners and others detained simply for expressing critical or dissenting views.”

(Arul Louis can be contacted at arul.l@ians.in and followed on Twitter @arulouis)

Air France ‘must cut domestic flights to get state loan’ 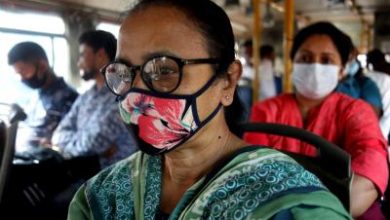