The winners of the 68th National Film Awards were announced on Friday (July 22) in Delhi. The Best Actor award for the year is to be shared by Suriya and Ajay Devgn for their work in Soorarai Pottru and Tanhaji: The Unsung Warrior respectively.

Now, actor Suriya took to his social media handle to share a long note of gratitude after winning the prestigious award. On the long note, he revealed that the film's team is ‘ecstatic' with five National awards for Soorari Pottru.

His note also had a special mention of his wife, Jyotika. Soorarai Pottru won the National Award for Best Feature, Best Actor, and Best Actress at the 68th National Film Awards.

Suriya shared a lengthy message on his official Twitter account and expressed his gratitude to his well-wishers.

“My heartfelt thanks for all the love and good wishes that has reached us and enriched our lives so far We are ecstatic with the Five National awards for Soorarai Pottru. The overwhelming reception for our film which was released directly on OTT during a pandemic, has made our eyes well up in joy. Our happiness is doubled at this National recognition for Soorarai Pottru, as it is a testimony of Sudha Kongara’s many years of hardwork and creative vision of Captain Gopinath’s story (sic),” Suriya wrote in his statement.

Suriya also congratulated the Soorarai Pottru team including Aparna Balamurali (Best Actress), GV Prakash (Background score), Sudha Kongara and Shalini Usha Nair (Best Screenplay) and other winners. “The Best Film award is a great recognition for team 2D and I thank them along with my best friend & CEO Rajsekar KarpoorasundaraPandian.

Extend my gratitude to Director “Vasanth Sai & Filmmaker-Producer Maniratnam who placed their faith in my acting abilities and gave me my first film, Nerukku Ner. My heartiest congratulations to my fellow Best Actor winner Ajay Devgn and other National award winners from Tamilnadu, Filmmaker Vasanth Sai, Editor Sreekar Prasad, Actor Lakshmi Priya Chandramouli, Filmmaker Madonne Ashwin and other award-winners from other States of our country, for the year 2020, in this 68th National Film awards (sic).”

Suriya sweetly thanked his wife Jyotika for encouraging him to do Soorarai Pottru. “My special thanks to my Jyotika, who insisted I should produce & act in Soorarai Pottru. My love and ‘Thank You’ to all those who have encouraged my efforts so far and to my Amma and Appa, Karthi, and Brinda, who have supported me always. I dedicate this award to my kids Diya and Dev and to my loving family (sic).”

Directed by Sudha Kongara, Soorarai Pottru was released on Amazon Prime Video in November. With Suriya and Aparna Balamurali playing the lead roles, Soorarai Pottru stars Paresh Rawal, Urvashi, Mohan Babu, and Karunas, among others in pivotal roles. Recently, Suriya announced that he will remake the film in Hindi under his production house.

From TV, daily soaps, and now web series I have seen everything that says Deepshika Nagpal 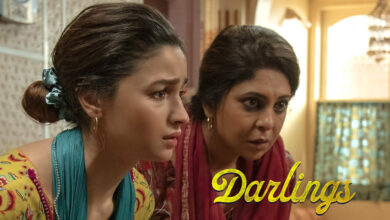 Shine on: Sushant Singh Rajput gets a special wish from Shraddha Kapoor 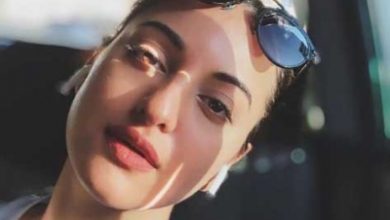