Panos in multiple interviews confirmed that the Surface Duo will excel in terms of camera performance, news portal Windowslatest reported.

Right now, there has been no mention of any camera specifications for the Surface Duo and the company is yet to show them off in any official presentation.

Microsoft revealed the Surface Duo at its October 2019 event, showing off a dual-screen Android smartphone.

The Surface Duo will have two 5.6-inch displays that expand to an 8.3-inch screen.

“Surface Duo is the first Surface to fit in your pocket. Surface Duo brings together the best of Microsoft productivity experiences, Android apps and Surface hardware design into a single device you can take anywhere,” the company said earlier.

Microsoft tried hard to make its Windows-based phones successful, but failed as it could not compete against Google's Android and Apple's iOS.

Mitron repackaged app made by developers from Pakistan: Report 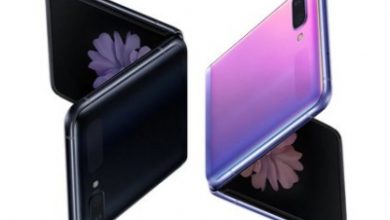 Next Galaxy Z Flip may come with 3 cameras at rear

Xiaomi Mi Band 3 Will Be Arriving In India Very Soon

December 13, 2019
Most Viewed
Back to top button
Close
Close