<br>The German Bundesliga will return on May 16 amid the pandemic and the German Football Association (DFL) hopes to complete the season by June 30. The Bundesliga will be the first major European league to restart their matches after football was brought to an abrupt halt owing to the pandemic.

“In a sense, who is setting the path is Bundesliga because they are going to be able to start in two weeks. So we are kind of following them,” Jose Antonio Cachaza, Managing Director, LaLiga India, told Indian reporters via video conferencing.

When IANS asked about the feedback that LaLiga got from the players, he said: “We have all kinds of feedback, some are scared, most of them want to come back. We all want to come back to normalcy.”

elaborating on the road ahead, he said: “We are working with the government on this and we are able to return to training because we have got a specific permission from government.

“This week is about returning to grounds and testing. Next week will be individual training.

“We cannot say exactly when league will comeback, we are working for around second or third week of June. But these will depend on evolution of health crisis in Spain. There has to be official green light from government, so we cannot say a date until we have that. But we expect to do in second-third week of June.”

Players in Spain returned to their team's training camps on Wednesday for the first time since the country entered a lockdown almost two months ago.

As most clubs are expected to return to practice by the end of the week, players of FC Barcelona, Real Madrid, Atletico Madrid and other clubs have started preparing with the likes of Lionel Messi, Antoine Griezmann and Gareth Bale seen arriving at their respective clubs.

Cachaza said LaLiga generates a huge chunk of Spain's GDP and it is therefore important for the league to resume, provided the climate is safe keeping in mind the threat of the virus.

“Let's not forget that LaLiga generates 1.4 per cent of the domestic GDP. So going back to normal is important. We also have to combat the economic crisis besides combating the health crisis. If we can't return to finish season, impact for Spanish football will be around 1 billion euros. That is direct impact. Indirect can be much bigger.”

There are still 11 round of matches left in the LaLiga with Barcelona sitting on top of the points table followed by Real Madrid who are two points adrift. All 20 teams have played 27 matches each.

Don’t expect tennis to resume in near future: Nadal

Every transfer takes its course: Solskjaer 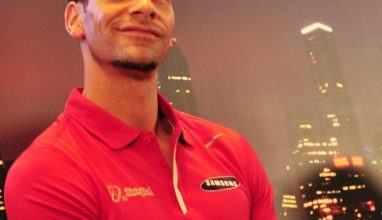 Ferdinand used to shout at Ronaldo to make him defend: Rafael

June 5, 2020
Most Viewed
Back to top button
Close
Close