Srinagar, May 3 (IANS) One of the two terrorists killed in the fierce gunbattle on Sunday in Jammu and Kashmir's Kupwara district has been identified as Haider, a Pakistan national acting as top commander of terror outfit Laskar-e-Taiba (LeT) in Kashmir.

Vijay Kumar, IGP (Kashmir) has confirmed the identity of the slain terrorist and called his elimination a major success in anti-militancy operations by the security forces.

“Haider was sent to Kashmir by his handlers in Pakistan to re-organise and re-orient LeT whose top cadre had been completely wiped out in anti-militancy operation.

“His death is a major setback to the perpetrators of terror across the borders”, a top intelligence officer told IANS.

The exact identity of the other slain terrorist is yet to be established although sources said he is a local commander of the Hizbul Mujahideen.

“Once his exact identity as a Hizbul terrorist is established, it would become further obvious that all terrorist groups are acting in tandem in J&K and these are technically front companies established by Pakistan in different names to perpetrate terror in our country”, the source added.

The bodies of the martyred army soldiers have been brought to the Badamibagh cantonment headquarters of 15 corps in Srinagar where a wreath laying function was held to honour the bravehearts.

A similar wreath laying function was also held for sub-inspector Qazi Shakeel Ahmad who laid down his life in the service of the country. 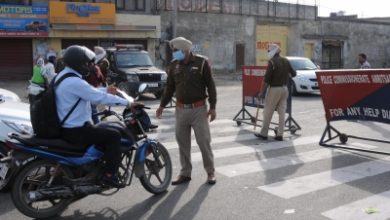