The film is being produced by the well-known production house Lyca Productions and will feature actors Vishnu Vishal and Vikranth in the lead. AR Rahman will compose the music.

Taking to Twitter, Lyca Productions made the announcement saying, “#LalSalaam to everyone out there! We are extremely delighted to announce our next project, with the one & only Superstar @rajinikanth in a special appearance! Directed by @ash_rajinikanth Starring @TheVishnuVishal & @vikranth_offl in the leads Music by @arrahman (sic).”

#LalSalaam 🫡 to everyone out there!

We are extremely delighted to announce our next project, with the one & only Superstar 🌟 @rajinikanth in a special appearance!

The announcement poster of the film showed a cricket helmet burning in what looked like a place hit by riots.

The official launch of ‘Laal Salaam' is done in Chennai with a pooja ceremony today, November 5. The film production house Lyca Productions shared the moments on Twitter.

Meanwhile, apart from ‘Laal Salaam', Rajinikanth will be seen next in Nelson Dilipkumar's directorial Jailer. The actor will be seen sharing screen space with Ramya Krishnan, Yogi Babu, Vinayakan, and Vasanth Ravi, who will be playing crucial roles in the action entertainer. 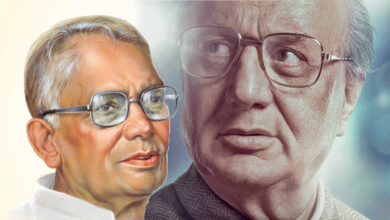 Anupam Kher to essay the role of Jayaprakash Narayan in Kangana Ranaut’s Emergency, first look out