Mumbai, May 9 (IANS) Telugu superstar and Jana Sena Party president Pawan Kalyan has urged political parties not to stage agitations over the Vizag gas leak tragedy, at a time when the nation is already battling the COVID-19 pandemic, and when social distancing is mandatory.

The Actor-politician expressed his opinion in a series of tweets on Saturday.

In another tweet, he wrote: “Certain political parties are doing agitations about ‘LG polymers gas leak' in Visakhapatnam and it will only increase the numbers covid-19 patients and situation might go out of hand.”

The Jana Sena Party president also urged his party members, the Janasainiks not to take part in such agitations.

“I request all Janasainiks & JSP leaders not to be part of such agitations, as this is not the right time for such agitations. Kindly, focus on helping victims families. Let's wait, till the final reports of state and central governments on gas leak.”

Two days after gas leak at LG Polymers claimed 12 lives and affected hundreds of others, people of RR Venkatapuram village in Visakhapatnam staged a protest on Saturday with three dead bodies at the chemical plant, demanding justice.

They voiced apprehensions over the long-term impact of styrene leaked from the plant on the environment and on their health.

The villagers also demanded that a high-power committee constituted by the government probe the gas leak, and hold talks with people of the five villages surrounding the plant, and not the company's management.

Dance gave me the confidence to act, says Karan Khandelwal

Gigi Hadid: Being away from city makes me feel like a kid

Atrial fibrillation risk not linked to the amount of body fat: Study 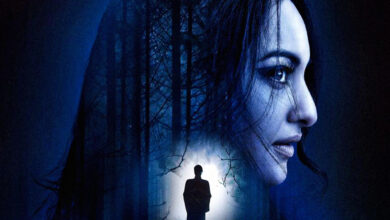