Bollywood actress Parineeti Chopra who has previously sung in her movies has now hinted at a collaboration with popular Punjabi Singer Harrdy Sandhu.

Taking to her social media handles, Parineeti has given glimpses of the project and shares the intense poster about herself and Harrdy Sandhu.

“Coming soon … Lets do this @HARRDYSANDHU, ” read the caption.

The posters give us a glimpse of something big is set to come with the backdrop of action drama and the makers are all set to unveil it during Independence Day. However, no official confirmation as to what the project exactly is about has been given yet.

Meanwhile, apart from this project, Parineeti will be next seen in Sooraj Barjatya’s upcoming family entertainer ‘Uunchai’, which also stars Amitabh Bachchan, Anupam Kher, and Boman Irani in the lead roles. The film is slated to release on November 14, 2022. 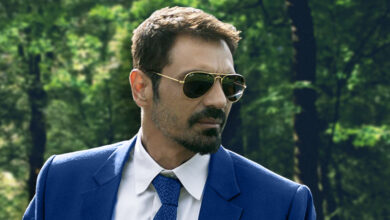 How Giorgia Andriani is celebrating her lockdown b’day

Depp allowed to go ahead with defamation case against Amber Heard

Why Anushka Sharma called herself a ‘bewakoof ladki’