Streaming Giant Netflix on Friday announced that it will make its streaming services in India free for two days.

According to the company, under the Streamfest, everyone in India will get free access to all Netflix originals, films, popular series, award-winning documentaries, and everything else that is originally offered under the paid service.

To get free access to all shows and movies available on Netflix all you will need to do is visit Netflix.com/StreamFest or download the Netflix Android app from the Google Play Store on your mobile phone first. Then sign up with your name, email or phone number, and password, and start streaming — no credit or debit card or payment needed.

“Anyone who signs in during StreamFest gets one stream in standard definition — so, no one else can use the same login information to stream,” said Monika Shergill, Vice President, Content, Netflix India.

Talking about announcing testing the Streamfest in India, Netflix COO Greg Peters had said, “We think that giving away everyone in a country access to Netflix for free for a weekend could be a great way to expose a bunch of new people to the amazing stories that we have, the service and how it works.”

“At Netflix, we want to bring the most amazing stories from across the world to all fans of entertainment in India. It's why we're hosting StreamFest: an entire weekend of free Netflix,” the company said in a statement.

Netflix is currently one of the most popular streaming apps in India. As a competition, it has Amazon Prime, Disney+ Hotstar, Zee5, Alt Balaji, Voot, and more in India. 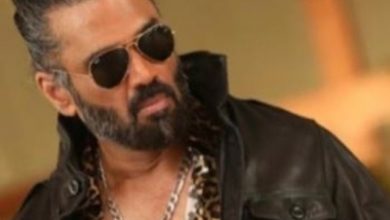 Suniel Shetty reveals why he switched to comedy

Hugh Jackman on embracing his insecurities