South Indian star Nani has started shooting for the next schedule of ‘Dasara' with Srikanth Odela. Alongside Nani, Keerthy Suresh and other major casts will likewise partake in the shoot.

On Friday, Nani was taken his social media and shared a new poster of Dasara, and announced that he is all set to start a rather long schedule for the film. In the poster, Nani appears in out an out rural mass avatar in lungi and vest, standing in a coal mine and smoking.

Sharing the poster he captioned the post as, “I join 🙂 This one’s a long one. Next Schedule Begins #Dasara (sic).”

I join 🙂
This one’s a long one.
Next Schedule Begins #Dasara pic.twitter.com/dQ5iXqq0MP

‘Dasara' is a rural entertainer set in a village situated in Sigareni Coal Mines in Godavarikhani, Andhra Pradesh. Nani will play a mass and action-packed role in the film. Apart from Nani and Keerthy Suresh, the film also features Samuthirakani, Sai Kumar, and Zarina Wahab, among others.

Directed by debutant filmmaker Srikanth Odela and produced by Sudhakar Cherukuri under the banner of Sri Lakshmi Venkateswara. ‘Dasara' will release in Telugu, Tamil, Kannada, Malayalam, and Hindi. 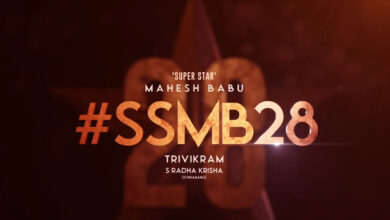 ‘Coronavirus may be killing humans but healing everything else’, says Kangana Ranaut

Sivamani: We need a bit of hope at this time