The boxing legend Mike Tyson is celebrating his 56th birthday today, June 30. On this special day, Vijay Deverakonda, Karan Johar, and the entire team of ‘Liger' conveyed their wishes to Mike Tyson in the BTS video.

Sharing the BTS video on his Twitter handle, the Arjun Reddy actor wrote, “Happy Birthday @MikeTyson I never even dreamt of meeting you, forget all the things I got to do with you. You are a memory for life (sic).”

Happy Birthday @MikeTyson
I never even dreamt of meeting you, forget all the things I got to do with you. You are a memory for life ❤️#Liger pic.twitter.com/urFy4t2diJ

‘Liger' is a sports drama written, directed, and produced by Puri Jagannadh. Mike Tyson is goign to make his debut in Indian cinema with this film. The movie features Vijay Deverakonda and Ananya Panday in the lead roles.

In association with Puri Connects, the film is being produced jointly by Bollywood's leading production house Dharma Productions. Puri Jagannadh, Charmme Kaur, Karan Johar, and Apoorva Mehta together are bankrolling the film on a grand scale.

Being made in Hindi, Telugu, Tamil, Kannada, and Malayalam, the movie is scheduled for release in theatres worldwide on August 25. 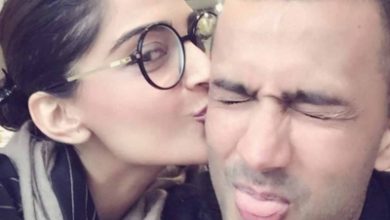 Farah Khan: My kids teach me everyday how to adapt to a new world