<br>The police stated that they have not yet questioned Saad, the organizer of a religious event wherein thousands of people from India and 41 foreign countries gathered amid the COIVD-19 outbreak despite social distancing norms in place.

A case has been registered against Saad and five other members of the Tablighi Jamaat for organising the congregation amid the lockdown.

Maulana Saad, Dr Zeeshan, Mufti Shehzad, M Saifi, Younus, Mohammad Salman and Mohammed Ashraf have been named in the FIR. The case against them has been registered under stringent sections for culpable homicide not amounting to murder. They have also been booked for violation of the Epidemic Act and Disaster Management Act on March 31.

Saad was in self quarantine after the event.

“All the named accused, except Maulana Saad, have been questioned,” said a senior IPS officer.

The Crime Branch of Delhi Police is probing the matter and Deputy Commissioner of Police Joy Tirkey is supervising it.

In the meantime, the Central Bureau of Investigation (CBI) also started a probe into the Nizamuddin Markaz case even though as the Delhi Police probe was already underway. The CBI started a preliminary enquiry into the case and sought various documents from the police.

Later the central government on June 5 told the Supreme Court that the CBI probe was not needed into the Tablighi Jamat event at Nizamuddin Markaz as the investigation by the Delhi Police Crime Branch into the event was at an advanced stage.

Further, Enforcement Directorate has also filed a case under various sections of Prevention of Money Laundering Act against Saad and other accused in the case.

The investigative agencies have uncovered evidence of massive fund transfer in Tablighi Jamaat bank accounts by conspicuous foreign and domestic individuals carefully layered to conceal the origin and ultimate use of massive financing that secretly helped the Islamic missionary movement to expand its footprints in India.

At least 14 key players — some of them based abroad — routinely used the financial system to mask the transactions using circuitous routes.

Although all the key players are connected to Maulana Saad, their responsibility and contacts are carefully segregated without attracting too much attention to the Markaz chief.

For instance, the probing agencies have uncovered the role of a person called Noor, an alleged Hawala agent for Jamaat. However, his main contact is not Maulana Saad but a person called Abdul Alim, who allegedly looks after accounts and currency exchange for Jamaat.

Although, Noor operated as front for Maulana Saad, the existence of another contact concealed his direct involvement. Subsequently, another key player Abdul Rahim is used in the chain by Abdul Alim to invest the money in different activities of Jamaat.

The officer said, Saad's sons and relatives, who looks after the activities and finances of Markaz were found to be in touch with another suspect Rafatullah Shahid, who invested Markaz finances in different sectors while enhanced interaction has been noted with Wasim, suspected to be a travel agent, facilitating visa and passports for Jamaat's people.

Wasim is a single-point contact with Maulana Saad and the agencies suspect that transactions took place mostly in cash to elude detection, which have compounded investigators difficulty in tracking down formal money-transfers between the two key figures.

Nevertheless, the ED is seeking details of money transferred by one Mufti Rizvi into Jamaat accounts from Sri Lanka. Rizvi, based in the island country, is also a single-point contact and he is not linked to any other players in the Jamaat's financial network.

Another person directly linked to Saad's family is Aslam, based in Canada, who allegedly runs several business ventures abroad.

The agencies have noticed transactions from Aslam to Saad's accounts and are seeking more details to probe further links and to examine whether he is the most important source of funds for Markaz activities in India.

According to officials, this money allegedly for personal gains, have been diverted for investment through a person known as Mursaleen.

The officials said Mursaleen allegedly own and operate a string of business activities abroad.

Then there is a layered outflow of money which has come under the scanner.

One contact, the probing agencies officials said, is directly linked to Saad's family and primary investigation reveals that he takes care of visa and passports for people travelling from former Soviet bloc countries.

This person identified as Haroon, in agencies documents he has also Russian Passport, is connected to two other persons Inam and Mushtaq, who have been making frequent trips abroad for Markaz's activities.

One direct contact, the agencies have uncovered is Mufti Shehzad, who allegedly travelled to 42 countries in the last two years and suspected to be scouting new contacts and source of funding as well as working as a liaison and front man for Maulana Saad in those countries.

His links with another contact Jamshed is also being probe by the investigation agencies. 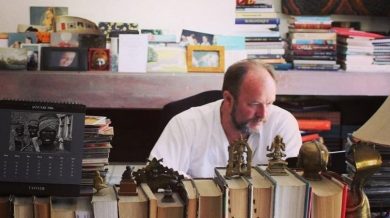 Dalrymple’s next being penned through Lockdown

3 new cases in Bhilwara, one in Ajmer takes Raj tally to 54

UP to sign MoU for employment of 9.5 lakh migrant workers 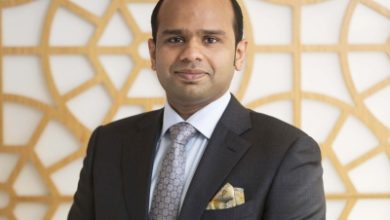