After the success of the celebration anthem of Liger, ‘Akdi Bakdi', the second song of Liger is ready for release. The second song, featuring Vijay Deverakonda and Ramya Krishnan, is titled ‘Watt Laga Denge' and will be released on the 29th of July at 9 am. The makers of the film shared an announcement poster of the song. In the poster, Vijay Deverakonda and his reel mother Ramya Krishnan are sitting, facing the sea, overhanging the Bandra-Worli sea-link.

Taking to Twitter Vijay shared the announcement poster of the song and wrote, “July 29th. 9 AM. The Attitude of #Liger! #WaatLagaDenge (sic).” 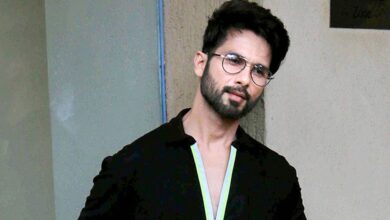