Madrid, July 17 (IANS) With arch-rivals Real Madrid winning the LaLiga, Barcelona skipper Lionel Messi has made no bones about the fact that winning the Champions League will not be easy as the team needs to get a lot of things right if they have to do well against some of the best clubs across the globe.

Commenting on them losing out even after leading the board before the coronavirus enforced break, Messi said: “We didn't want to finish like that but it is a mark of how the season has been: an inconsistent and very weak team. Other teams beat us in intensity and determination.

“Roma, Liverpool… the fans are losing patience because we're not giving them anything. If we want to fight for the Champions League, we have to change many things. We need to be self-critical.

“I already said that if we carried on as we were, it wouldn't be good enough in Europe. If we want to fight for the Champions League, we are going to need to change a lot.”

While handing away the lead to Real Madrid hasn't gone down well with Messi, he wants the players to assess themselves and their performances and also get back to winning ways. “Madrid did what they had to do. Not losing since the break has a lot of merit.

“We need to be self-critical, starting with the players. We are Barca and we're obliged to win all our games,” he explained. 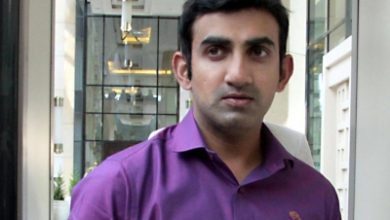 Expect Kohli, Rohit to groom youngsters like Dhoni did: Gambhir

Mbappe may return to pitch for PSG clash against Atalanta