Mumbai: Lately, Hussain Ajani has been the talk of the town, the Dallas-Texas based producer has been doing some record-breaking songs, with a superb first half of the year, and like everyone one else his latest release Faqeera is a smashing hit, garnering more than a million views, Sung beautifully by Tahseen Sakina, who is also known as Abida Praveen Junior.

Hussain has been knocking on pretty huge doors, after a successful collaboration with Ayaz Ismail on Ghulam-E-Ali sung by Nakash Aziz, he is also gearing up big releases like songs with Javed Bashir, Shashwat Singh, and many more.

We asked Hussain about his take on the song, he says, “This is a song that is full of emotions and character, we are trying to bring the era back where the songs had meaning and melody, I believe Tahseen has done a tremendous job with the song, it just sublimely pure music and warmth, not only her but even my entire cast and crew has worked really hard to make this possible”

He also adds “although its difficult to manage owing to the current pandemic situation, but you have to do what you got to do, I just pray for everyone's well being and hope they enjoy with what we are doing.”

Faqeera is gaining popularity day by day, the song released on Hussain Ajani's Youtube channel and other streaming platforms. 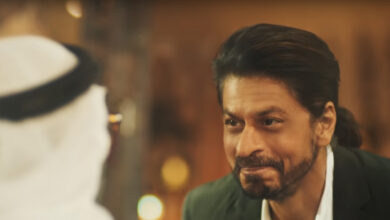 Priyanka, Nick enjoy working out in sun amid COVID-19 lockdown

Arjun Rampal starts shooting for his next project ‘Three Monkeys’

Harssh A Singh: Acting is a social activity