Tv actress Hina Khan took to her social media raging excitement in her fans by sharing her first venture in where she will be co-producing the film ‘Lines'. The actress also shared a teaser along with the announcement. She even received the Best Actress award for the film at the Montgomery International Film Festival in the USA. The film was also nominated in the Best Picture category at the MIFF (Mumbai International Film Festival) awards.

Sharing a small teaser of the same, the actress wrote, “Meet NAZIA, in a story of a naive young girl, who makes her journey through the challenges created by mankind. I’m so thrilled to announce that my first co-produced award-winning film under the banner @hirosfbf – LINES is releasing on @vootselect. I can’t wait for you all to watch this pure love that we all have worked on. #LinesOnVoot (sic).”

Lines is produced by Rahat Kazmi Films and co-produced under Hina and Rocky Jaiswal’s production venture Hiros Faar Better Films. The film’s poster was unveiled at the Cannes Film Festival in 2019, marking Hina's big red-carpet debut. It is directed by Hussain Khan and also stars Farida Jalal in a lead role. Lines is written by Rahat Kazmi and Shakti Singh and was shot in Kashmir.

The film is slated to releasing on OTT platform Voot Select soon. 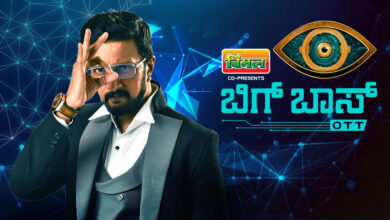