The Indian Meteorological Department has predicted that heavy rains are expected in the next two days in Saurashtra and parts of North and South Gujarat.

The meteorological department further said that lightning with thunderstorms, moderate rainfall with maximum wind speed about 40kmph is likely to be seen in isolated places in Sagarkantha, Aravalli, Mahisagar, Dwarka, Jamnagar, and kutch districts.

Several districts in Gujarat received heavy rains on Monday, including Khambhalia tehsil in Devbhumi Dwarka district with more than 71 mm of rain on Monday. Rains have caused waterlogging in several districts during the day in southern Porbandar, Gir Somnath, Junagadh and Amreli districts in Saurashtra region, as well as Valsad and Navsari districts of South Gujarat.

Meanwhile, a 30-year-old bridge over a river in Gujarat's Junagadh district collapsed due to heavy rains, a local official said, adding that no one was injured. 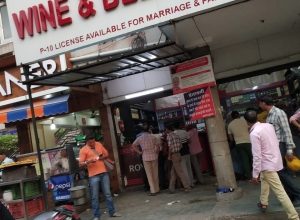 Most Viewed
Back to top button
Close