Chennai, Sep 25 (IANS) In a major development, the Economic Offences Wing (EOW) of the Chennai Police has registered a first information report (FIR) against the beleaguered Franklin Templeton Asset Management India Pvt Ltd (FTAMIL) and Franklin Templeton Trustee Services Pvt Ltd (FTTSPL) for hatching criminal conspiracy to defraud three lakh investors by causing wrongful loss to them and unlawful gain to themselves by committing various offences under the IPC.

The EOW registered the FIR after investigating a complaint filed by the Chennai Financial Markets & Accountability (CFMA), the investors' group, and few others with EOW in Chennai in May this year in the interest of millions of aggrieved investors of Franklin Templeton whose over Rs 28,000 crore is stuck because the fund house abruptly closed down its six debt schemes in April this year.

Since then, the six schemes have received over Rs 6,486 crore, said the CFMA which is fighting for the cause of common people and spearheading the movement against the fraudulent actions of Franklin Templeton on behalf of millions of retired and pensioner investors who had parked their hard-earned savings in the various schemes of Franklin Templeton expecting a safe and better return on their investments as promised by the global fund house that manages over Rs 1.16 lakh crore in mutual funds in India and USD 700 billion globally.

The CFMA is also contemplating filing of Class Action Suit against Franklin Templeton global for recovery and to claim damages, the details of which will be announced soon. It has urged all aggrieved investors to come together for filing the Class Action Suit and also file complaints with EOW, Chennai and intimate CFMA so that it can collectively pursue it in the Hon. Madras High Court, on their behalf.

Notably, as per the CFMA, Franklin Templeton has a more than Rs 1,00,000 crores of Assets under Management with 30-40 lakh unit-holders.

The asset management of Franklin Templeton has been completely exposed as the company has left lakhs of small and medium investors in the lurch by arbitrarily closing down the debt schemes under the pretext of Covid-19. All rights of the unit-holders stand suspended and they are not able to seek redemption of their units.

Had the CFMA and other investors not taken timely action, according to the investors' group, a Rs 20,000 crore headcut out of Rs 26,000 crore could have happened. Seeing the misconduct by FTAMIL and its KMP in just six schemes totalling to Rs 26000 crore, which has been projected to be watched by trustees and regulator who are now shirking from their responsibilities, CFMA has demanded that SEBI must declare the FTAMIL and its KMP “not fit and proper”.

On September 11, some of the investors filed an intervening application before the Karnataka High Court to direct FTAMIL to return money to those who invested in the schemes which turned cash-positive. An RTI query has already revealed that Franklin Templeton did not take any approval from capital market regulator before winding up its six debt schemes.

The information was sought by Ahmedabad-based Areez Khambatta, the owner of soft drink maker Rasna, and his wife, Persis Khambatta. A trust promoted by them had filed a plea in the Gujarat High Court, seeking a stay on the liquidation process of the six debt schemes of Franklin Templeton.

On June 3, the Gujarat High Court stayed Franklin Templeton's e-vote on liquidation of debt schemes that was scheduled to be held from June 9 to June 11 and ordered SEBI to put their forensic report in public domain which has not yet been complied with.

The company filed a Special Leave Petition (SLP) in the Supreme Court against this stay order but on June 19, the apex court dismissed its SLP and refused to vacate the stay. Meanwhile, the SC transferred all the petitions related to the case to the Karnataka High Court asking it to decide the matter in three months. 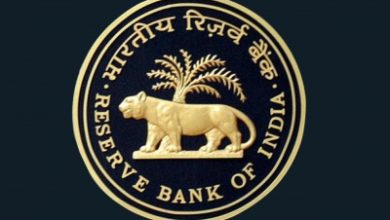 EBITDA margin of Print Media to shrink by 10% in FY21: Ind-Ra