Chennai, Aug 13 (IANS) The Dravida Munnetra Kazhagam (DMK) on Thursday dismissed its legislator K.K.Selvam from the party for breaching party discipline and for bringing disrepute for the party. Selvam was earlier suspended from the party.

In a statement issued here DMK President M.K.Salin said the explanation given by the suspended Selvam for breaching the party discipline and bringing disrepute to the party was not acceptable and hence he is dismissed from the primary membership and other party posts.

The DMK on Aug 5, issued a show cause notice to Selvam asking for explanation as to why he should not be dismissed from the party.

On his part, Selvam had said he was not worried even if he was removed from the party. He also attended a puja at the office of the BJP's Tamil Nadu unit on that day.

However, Selvam had denied that he is joining the BJP. Selvam, who spoke to reporters in New Delhi on Aug 4, also demanded that Stalin cut the DMK's ties with the Congress as its leader Rahul Gandhi has been critical of Prime Minister Narendra Modi.

Selvam said he was hoping for the post of DMK's Chennai West District Secretary following the death of sitting legislator J. Anbazhagan due to Covid-19, but was denied it.

His meetings with BJP leaders in New Delhi led to speculation that the DMK legislator, will be formally joining the BJP, following in the footsteps of former Assembly Deputy Speaker V.P. Duraisamy.

Selvam, who had joined the DMK in 1997 after quitting the AIADMK and is the sitting MLA from the Thousand Lights constituency in Chennai, said that he is ready to face any action that the DMK may take against him.

“The BJP is hooking disgruntled persons in the party or those facing some legal problems. The BJP and also those who are joining it know that the party will not come to power in Tamil Nadu in the near future. And the DMK members are not joining BJP for ideological reasons,” DMK spokesperson and MP T.K.S. Elangovan told IANS.

Elangovan was referring to the quitting of Duraisamy, from the DMK and the recent actions of party legislator Selvam. According to him, the party is not losing anyone with a good following at the ground level.

Zomato lays off 13% workforce, up to 50% salary cut for rest 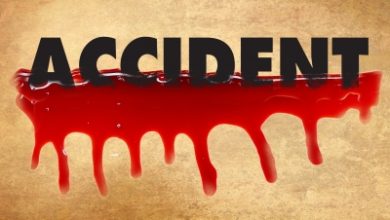 One killed, 10 injured in bus-truck collision in Odisha