<br>The Cricket Association of Bengal (CAB) will be conducting mandatory eye tests ahead of the domestic season. As reported by IANS, the Board of Control for Cricket in India (BCCI) has been doing the same with its contracted players for the last three years.

“It's just precautionary. When you have your main players who are 30-plus…its always best to have this done. Cricket is 90 per cent an eye game. You got to make sure that everything is okay,” former India batsman Lal told IANS here on Tuesday.

“You take your eyes for granted. And if there is a little weakening on the eyesight, you don't notice it. Sometimes I think maybe I suspect some guys are not being able to sight the ball as they used to. So it's just getting it out of the way. I think it is essential,” he added.

Lal, who guided Bengal to its first Ranji Trophy final in 13 years, added that he had been thinking about eye testing for cricketers since last year. Bengal lost to Saurashtra in the Ranji final.

“I have been thinking about it since last year. I thought one eye test should be done for all cricketers before the season just to dispel any doubts in anybody's mind. You just get a re-affirmation that your eyes are perfect. You lose nothing,” Lal said.

“Eyesight and reflex are important aspects in cricket that's why Arun Lal suggested that the test and we liked his idea a lot. It should be made mandatory,” CAB President Avishek Dalmiya told IANS.

Th decision was among many taken during discussion between the CAB administration and Bengal coaching unit.

Bengal selectors will first announce a 30-member probables before the CAB give a go-ahead for the camp post COVID-19 lockdown.

La Liga players to restart individual training from May 4 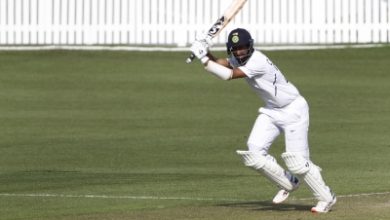 Would never drop Pujara from my ODI team: Doshi

May 5, 2020
Most Viewed
Back to top button
Close
Close