San Francisco, Sep 9 (IANS) Technology giants Amazon, Apple and Google who joined forces with Zigbee Alliance for a unified, open-source smart home platform are on track to deliver a draft specification by late 2020 and release the standard in 2021.

According to Zigbee Alliance, from a few dozen participating companies, it has grown to more than 145 active member companies.

The aim is to develop and promote the adoption of a new, royalty-free connectivity standard to increase compatibility among smart home products, with security as a fundamental design tenet.

The project was announced in December last year as a unified standard that would make it easier for device manufacturers to create smart home hardware.

“The goal is that future devices will be able to easily add support for all three major voice assistants — Amazon's Alexa, Apple's Siri, and Google's Assistant — at once,” Zigbee Alliance said in a statement on Tuesday.

In turn, that will make it easier to set up and configure smart home devices with your system of choice.

“We are thrilled that four new global strategic companies – ASSA ABLOY, Resideo, STMicroelectronics and Tuya – have joined the Zigbee Alliance's Board of Directors and are actively contributing to and promoting the Project,” the alliance said.

The goal of the “Connected Home over IP” project is to simplify development for manufacturers and increase compatibility for consumers.

By building upon Internet Protocol (IP), the project aims to enable communication across smart home devices, mobile apps and cloud services and to define a specific set of IP-based networking technologies for device certification, Apple said in an earlier statement.

The industry working group will take an open-source approach for the development and implementation of a new, unified connectivity protocol.

CBSE Class 10, 12 Board Results Will Publish Between July 15

K’taka to harness TV for education, writes to Centre 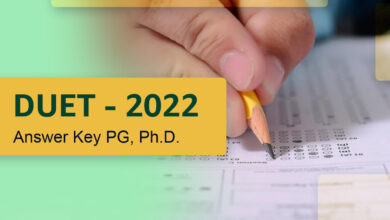