Amala Paul’s film ‘Cadaver' is going to release digitally on Disney+ Hotstar, the makers announced on social media on Thursday.

Directed by Anoop S Panicker, ‘Cadaver' is expected to be a forensic crime thriller. Amala Paul will be playing a forensic surgeon in the thriller.

Taking to Twitter Amala shared the first look poster of the film and wrote, “The wait is almost……..over! I'm elated to announce, *Cadaver* – my first ever production- soon to be released on @DisneyPlusHS It's an absolute pinch me moment (sic).”

I'm elated to announce, *Cadaver* – my first ever production- soon to be released on @DisneyPlusHS 🙌🏻

It's an absolute pinch me moment. pic.twitter.com/XSMplVVQ0F

Last year, on the occasion of her 30th birthday, Amala announced her debut production the ‘Cadaver'.

The film is produced by the actor’s Amala Paul Productions banner and marks her maiden venture as a producer. Written by Abhilash Pillai, the upcoming film also stars Athulya Ravi, Harish Uthaman, Riythvika, and Munishkanth among others.

The technical crew of ‘Cadaver' includes cinematography by Aravinnd Singh, San Lokesh on the edit, and music by Ranjin Raj. 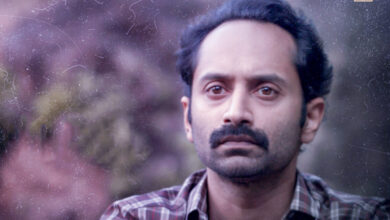 Hugh Jackman: COVID-19 had a ‘devastating’ effect on Broadway

Rihanna buys ventilator for dad as he recovers from COVID-19