“The first Shramik Special train from Hubli left at 12.30 p.m. with 1,434 passengers bound for Jodhpur,” said a SWR zone official.

Wednesday's second special train with 1,440 migrants departed Chikka Bannavara station from the outskirts of Bengaluru at 3.05 p.m. to Gwalior in Madhya Pradesh.

The third special train from Malur near Bengaluru departed for Udaipur in Rajasthan at 4 p.m. with 1,500 migrants.

Udaipur is 395 km southwest of Jaipur.

Darbhanga is 139 km northeast of Patna.

Likewise, the sixth train from Chikka Bannavara station to Gorakhpur departed at 7.28 p.m. with 1,520 passengers.

Gorakhpur is 213 km southwest of Chandigarh.

The special trains are being organized following the Union Ministry of Home Affairs granting permission for the movement of stranded migrant labourers, workers, students, tourists and others.

In a one way special train arriving from Delhi to KSR Bengaluru station on Thursday, 900 passengers are expected.

“Ten medical counters are likely to be set up by BBMP at the station. Medical screening and further directing of passengers will be taken care of by BBMP,” said the official.

Student held for hacking account for online ‘dare’ in game 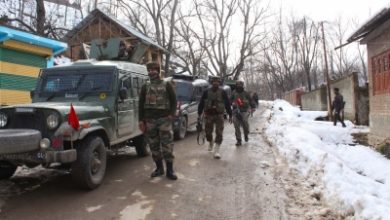